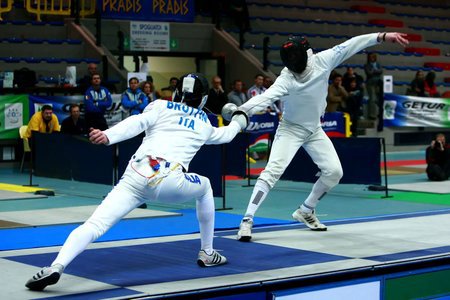 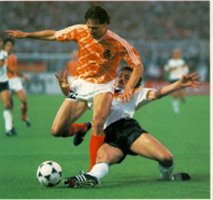 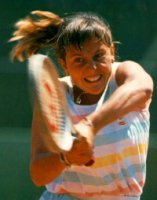 Avulsion fractures of apophyses and spines of the pelvis are usually considered uncommon injuries, seen almost exclusively in adolescent athletes mainly as a result of the sudden, forceful or unbalanced contraction of the attached musculo-tendinous unit, while the subject is engaged in a sporting event such as kicking a ball, running or jumping. (1, 2, 3)
These fractures usually are related to the time of ossification nuclei appearance and their fusion to the corresponding pelvic tuberosities. In acute injuries, the athletes experiences sudden, shooting pain referred to the involved tuberosity and loss of muscular function; swelling and local tenderness can be appreciated by palpation and evoked during movements passively imposed upon the appropriate limb.
The diagnosis, suggested by physical findings, symptoms, patient’s age and biomechanical analysis of the accident, is confirmed by radiographs.
Reports of isolated cases are common in the literature (4, 5, 6, 7, 8) while few large series of pelvic avulsion fractures are reported. (9, 10, 11)
In 1981 Fernbach and Wilkinson reviewed 20 cases of avulsion fractures of the pelvis and proximal femur most of which occurred in male adolescents engaged in active sports. (9)
In 1985 Metzmaker and Pappas studied 27 cases of avulsion fractures of the pelvis finding that the areas of injury included the Anterior Superior Iliac Spine in 11 cases, the Ischium in 6 cases, the Anterior Inferior Iliac Spine in 4 cases, the Lesser Trochanter and the Iliac Crest in 3 cases. (10)
In 1994 Sundar and Carty identified 32 avulsion fractures in 25 patients participants in sports with eight instances of multiple avulsions; the sites of injuries were ischial tuberosity (17 cases), Anterior Inferior Iliac Spine (8 cases) and Anterior Superior Iliac Spine (7 cases). (11)
The purpose of this study was to ascertain the prevalence, location and sports distribution of avulsion fractures of the pelvis demonstrated radiographically in a numerous sample of symptomatic elite athletic population.

We reviewed 1238 radiographs of the pelvis pertaining competitive athletes (average 11-35 years) who complained of focal pain or disability related to their sport activity.
All the radiographs were performed at the Radiologic Department of the Sports Science Institute of the Italian Olympic Committee and interpreted by the senior author (FR) during the last 22 years (1976-1998). The radiographic assessment, suggested by clinical criteria and sports biomechanical analysis of the accident, was a standard antero-posterior view of the pelvis supplemented by axial and oblique view when indicated. CT, MRI and scintigraphy were taken only in few cases when radiographic findings were equivocal or when the injury was not in acute phase and healing avulsions had an aggressive appearance.

Two hundred and three acute apophyseal avulsion fractures (16.4%) were identified in 198 adolescent athletes where frequency and intensity of sport participation were constant. The gymnasts observed were all classified as “top level athletes” and the lesions predominantly documented among females.
In five cases, four of whom were engaged in soccer and one in athletics, multiple avulsions were present located in the Ischial Tuberosity (IT) in addition in the Anterior Inferior Iliac Spine (AIIS).
The average age was 13.8 years with a range of 11 to 17 years; all injuries were sports induced with a different distribution which was related to the sport involved.
There were 139 males (68.5%) and 64 females (31.5%).
The location (Fig. 1) of the 203 cases were: IT 109, AIIS 45, (ASIS) 39, superior corner of pubic symphysis 7 and IC 3.
The distribution with regard to the athletic activity undertaken reveals that soccer and gymnastics were mainly responsible for the IT lesions (Fig. 2 – Fig. 7); soccer, athletics and tennis for AIIS lesions (Fig. 3 – Fig. 8); soccer, athletics and gymnastics for ASIS lesions (Fig. 4 – Fig. 9) and soccer and fencing for SCPS lesions (Fig. 5 – Fig. 10). The three cases of IC avulsion were in soccer, gymnastics and tennis (Fig. 6 – Fig. 11).
Soccer, gymnastics and athletics had the highest prevalence of injuries when the total number of lesions in each sport was compared with the overall number of radiographic examinations performed in that sport (Table 1).

Three athletes underwent surgical treatment (1 IT and 2 ASIS) while the remainder have been treated by conservative means consisting of initial rest and then mobilisation with gradual relief of symptoms.
Twenty-five athletes with an age range of 22 to 32 years, who had “old” injuries resulting from previous misdiagnosed acute avulsion fractures were also identified. The location of the injuries in these cases, was the IT (5 athletics, 3 soccer, 1 martial arts, 1 ice skating), AIIS (4 soccer, 4 athletics, 2 field hockey), and ASIS ( 3 soccer, 1 martial arts, 1 tennis).

The results confirm the opinion that acute apophyseal pelvic avulsion fractures are not to be considered as rare clinical entities in adolescent athletes engaged in high level sport activities.
Referring to the paper published by Metzmaker and Pappas in 1985, there is a difference in the location of injuries with our study which demonstrates higher prevalence of avulsion fractures at IT, followed by AIIS and ASIS.
This is particularly true analysing the data related to adolescent soccer players and especially female gymnasts where the most vulnerable apophysis were those of the IT, the AIIS and the ASIS.
Although the number of lesions demonstrated among soccer players doesn’t cause great surprise, if we consider the high popularity and participation of this sport, dismay induces the elevated number of apophyseal avulsion fractures, as those concerning the IT, observed in female athletes of the artistic gymnastics seeing the numerical lack of elite athletes.
The x-ray study of the pelvis in ten, more or less symptomatic young athletes of a foreign, international team leader in the world of women’s gymnastics, revealed in seven components a misdiagnosed displaced avulsion fracture of the ischial tuberosity nucleus, bilaterally in two observations.
Etiologically the data collected lead to the conclusions that these lesions are the effects of indirect trauma acting as determinant factor, due to the tearing action exerted by a sudden, violent concentric or eccentric muscle contraction.
For example, injuries to IT seen in gymnastics where generally related to sudden and excessive passive lengthening of hamstring muscles during floor exercises; injuries to ASIS and AIIS in soccer, generally resulted from an excessive throwing upwards of the leg in “kicking the air” or a powerful shot at goal with maximum flexion of the hip and extension of the knee.
In addition, we consider the influence of moderate trauma as the repeated pulling stresses imposed by the intensive training, able to weak the coesion of the epiphyseal plate.
As local and general predisposing factors we stress the role of the relative weakness of the epiphyseal plate that may give way for excessive functional demands provoked by hypertrophyc muscles with contractile power enhanced by training.
Plain radiographs, supplemented by oblique or axial projections, suggested by clinical suspicions and familiarity with musculotendinous anatomy, are determinant for early diagnosis, a carefully directed treatment and assisting rehabilitation. 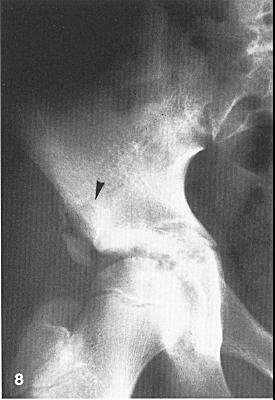 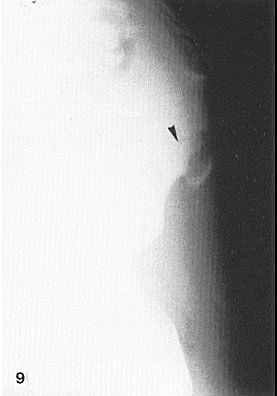 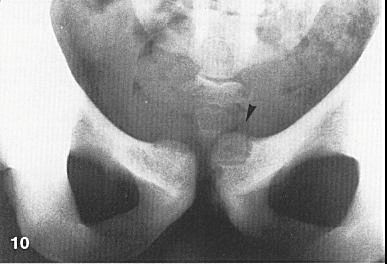 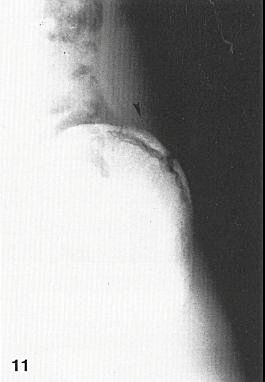 (6312)
6,88 € (a partire da 5 Luglio 2022 11:23 GMT +02:00 - Altre informazioniProduct prices and availability are accurate as of the date/time indicated and are subject to change. Any price and availability information displayed on [relevant Amazon Site(s), as applicable] at the time of purchase will apply to the purchase of this product.)

(10251)
4,40 € (a partire da 4 Luglio 2022 11:21 GMT +02:00 - Altre informazioniProduct prices and availability are accurate as of the date/time indicated and are subject to change. Any price and availability information displayed on [relevant Amazon Site(s), as applicable] at the time of purchase will apply to the purchase of this product.)

(1190)
11,15 € (a partire da 5 Luglio 2022 11:23 GMT +02:00 - Altre informazioniProduct prices and availability are accurate as of the date/time indicated and are subject to change. Any price and availability information displayed on [relevant Amazon Site(s), as applicable] at the time of purchase will apply to the purchase of this product.)

(23)
15,99 € (a partire da 5 Luglio 2022 11:32 GMT +02:00 - Altre informazioniProduct prices and availability are accurate as of the date/time indicated and are subject to change. Any price and availability information displayed on [relevant Amazon Site(s), as applicable] at the time of purchase will apply to the purchase of this product.) 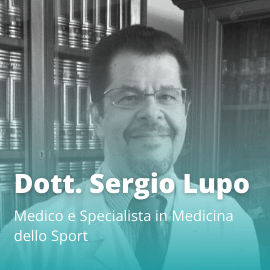